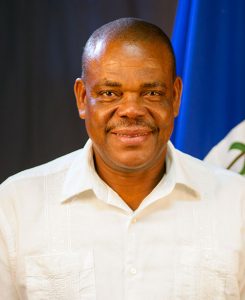 Michael Phillip Norales was born in Dangriga. He graduated from Stann Creek Ecumenical in 1977 and attended Wesley College for one year to complete his external exams

He entered the Public Service in December of 1978, attended the West Indies School of Public Health from 1981-1983 and trained in basic public health inspection and environmental health.

He took up teaching at Toledo Community College for five years and then became the Fisheries Officer in PG from 1991-1993. He taught at Independence High School for two years before returning to live in Belize City in 1996.

Michael retired from the Public Service in 2015 and is now pursuing his passion for politics because he has seen that change is necessary to ensure good representation for all residents of Belize City.