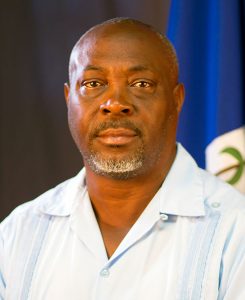 Albert Vaughan is a graduate of Excelsior High School and the Belize Technical College. He is a retired military officer, having served in the Belize Defense Force for twenty-two years. He served in the capacity of Bandmaster, Regimental Sergeant Major with the rank Warrant Officer Class 1, and also accepted a late commission as a Lieutenant where he served as a logistic officer.

While in the BDF, he received a degree in music at the Royal Military School of Music at Kneller Hall, Senior All Arms Drill Instructor Course Pierbright, and the Royal Logistics School in the United Kingdom and a Re-Bandmaster course with the Jamaica Constabulary Force in Jamaica. His love for music and education stayed with him after leaving the BDF, and pioneered the Music in Schools Program in the Ministry of Education.

He is a Justice of the Peace and a member of the Board of the Holy Redeemer Credit Union, but his greatest passion is advocating for real change that will benefit all the residents of Belize City.