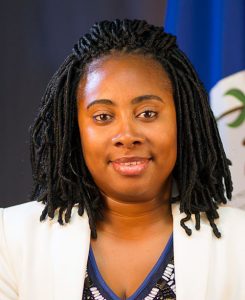 Aisha Gentle was born in Port Loyola and was raised by her mother Delvorine Lewis and stepfather Charles Lewis, a former three-time cycling champion. She was educated at Sunshine preschool, Sister Clara Muhammad School, Canaan SDA High School and the University of Belize.

In her professional life, Aisha has worked at the Belize Red Cross and part time at the KHMH

While earning a living to provide for herself and her daughter, Aisha became passionate about giving back to her community. She has done missionary work with Beautiful Beginning Church and is a member of the Savior Marching Band. She has served as President of the Port Loyola Women’s Group, and is an active executive member. She presently works as a community organizer for the Port Loyola division.

She entered politics because of her calling to bring positive change to her community and to improve the living conditions of the most disadvantaged residents of Belize City.