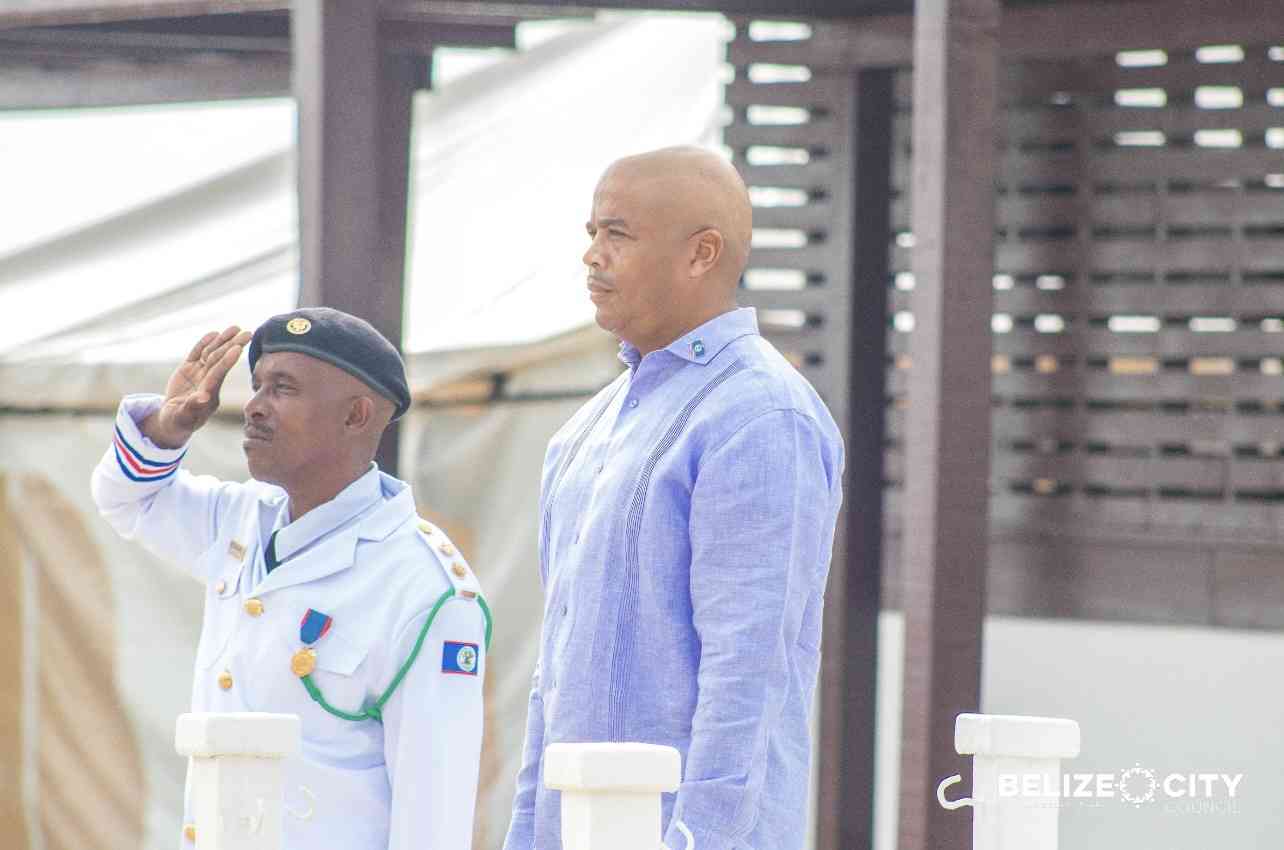 "﻿Today, we’re back to where it all started! In the dainty yet indispensable metropolis in which a nation was born. In the zestful epicenter of nation-building and national identity. Just a few blocks from here on the iconic Pickstock Street is where the grand Architect of our Independence was born.

In 1975, the Rt. Hon. George Cadle Price stood before the United Nations General Assembly with fearless resoluteness and lobbied for support for an independent Belize.

World leaders hung on to his every word. They did not see an expendable grassroots leader or social activist. They saw one of them. Another World Leader. They listened as this eloquent, impassioned Giant of the West Indies declared that Belize was ready and capable to become an independent nation; ready to chart its destiny and turn the tides of colonialism into an independent, developed Belize.

As a direct consequence of his fervent tenacity, indomitable spirit, and willpower to see Belize master her destiny, I stand before you today as Mayor of this City in this beautiful country of ours that is not only independent and free but valiant and bold; proud and strong!

Forty-one years ago, on September 21, 1981, to the honeyed pomp and circumstance beat of the band playing the national anthem, with emotions strewn over the faces of our citizens, the Union Jack was lowered and the Belize flag succeeded.

Emotions danced uncontrollably in the soul of all in attendance, causing tears to kiss cheeks and lips before becoming one with the soil. Then came the incessant rains, washing those tears away, amplifying the fervor in the atmosphere. That confluence of events was rather fateful and signaled the cleansing of our land and the dawning of a new day that would bring forth a renewed and independent Belize focused on the development and building of a vibrant and thriving nation.

Over the past forty-one years, Belize and Belizeans have stood resilient against unwarranted forces that threatened our sovereignty, security, health, and economic stability. Despite being relatively small in size, population and economy, we have time and time again demonstrated our resolve and stood valiant and proud in the face of adversity. We’ve weathered storms in every sense of the word, and on every scale of magnitude. We persistently rebound.

As we celebrate our 41st independence, I will say that there is one storm worth avoiding at any cost, as we press forward along our development journey. It’s a storm with no wind, no rains, no noise… a storm with no news coverage, no chaos, and no notice. It’s that storm of inertia and disinterest. My friends, we must avoid the fatal storm called inaction.

The Father of our Nation gave life to nation-building, but it’s incumbent on every single one of us to shoulder that gargantuan task; to sustain the fire that drives the engine of betterment; and most importantly, to leave no man, no woman, no child behind or without, for the jewel and her riches is abundant for all of us to sustain us and ours.

Be assured that your Belize City Council is not allowing our administration to even stray near that valley of inaction. We’re committed to continuing and expanding our record of steady progress, blazing towards our council’s mandate to foster a smart, healthy, inclusive, and sustainable city!

On the infrastructural pillar, we are happy to share that we are embarking on the paving and/or concreting of approximately twenty-seven streets to further improve the quality of life for residents.

These include but are not limited to TV Ramos St., Maurice Bishop St., Graduate Crescent, Administration Drive, “G” St., Jasmine St., Antelope St. Extension, Queen Helmet Avenue, Sarstoon St., Tigris St., Neal Penn Road, Albert Hoy St., Henderson Avenue and Caesar Ridge Road. One of our priority areas is the Gungulung area, where we have eliminated London bridges! We’re pushing roads, giving families safe, dignified access to their homes. In addition to the concreting of Holy Emmanuel Street which is being done in collaboration with the Ministry of Infrastructure, Development and Housing, we will also be executing the dredging of the ‘Gungulung’ canal, which will then be lined with the stone gabions; again, to make the area more beautiful, more lively, healthier, and a truly dignified community to call home.

Though there remain some legal complexities regarding the occupation of some of those areas, human dignity is one of the truest seeds of independence, and is one owed to every breathing Belizean; from Corozal to PG, from Buttonwood Bay to Gungulung, born or naturalized.

We are continuously upgrading public parks and playgrounds and will do even more. We plan to collaborate with the Belize Tourism Board especially to pay homage to our 41st birthday with the restoration of the Constitution Park.

Additionally, we will be inaugurating the Collet Park in the coming week which will be an addition to the city’s list of parks where we continue with our mantra of building safe, inclusive and resilient communities.

With volatile global fuel costs, we know that every Belizean is feeling the pinch. Instead of complaining nonstop, we’re attempting to do something about it!

With the introduction of electric-powered, reliable, and comfortable city buses, we believe that we can rapidly encourage citizens to park their cars more often, and conveniently reach work or the grocery store. That way, we can also cut back on spending while reducing our carbon footprint. A win for us. And a win for the planet. With our E-Mobility Pilot Project which is funded by the European Union and is being implemented by the United Nations Development Program, we will see the introduction of two to three fully electric buses in Belize City complemented by e-taxis, all being a part of our e-driven public transportation ecosystem.

The Council is currently finalizing the route which these buses will run along and we are also putting in the necessary human and physical resources needed to support this revolutionary project.

For us at City Hall, building a business-friendly climate is both a commitment and a success. Particularly, local economic development has been a mainstay, empowered by a dedicated team that lends its collective strengths to entrepreneurs, momtrepreneurs, and apprentices. To those unskilled but willing, we work and will continue to work to help them develop skills. For the ones with an idea or no capital, we’ve empowered them through our various programs, taking them from unemployed – to employers! Through our Downtown Super Sales and recent Cultural Night, hundreds of thousands of dollars in new economic activity has been stimulated for our city, benefiting the entire ecosystem of businesses – putting bread on hundreds of tables.

As such, the Council is working closely with the Ministry of Local Government to enable a write-off of property taxes for indigent senior citizens. And my friends, this is only the beginning.

On the occasion of our 41st anniversary as an independent nation, I want to reemphasize who we are as a people. As the theme for this year's celebration so judiciously represents, we are valiant and bold, proud and strong; and a people who despite our trials and hardships, is capable of rebounding.

There are times when we may feel overwhelmed and fearful of what tomorrow brings, draw in from that well of hope; and when all seems a little too much to bear, I implore you to remember who you are, valiant and bold, proud and strong.

As Belize continues its forward trod as a nation, we call on all citizens to rise to the occasion and participate in nation-building. We’ve come a long way, but we still have more dreams and aspirations to set forth and more goals to achieve. And doing so will require all of our hands on the wheel.

Nation-building is for everyone, for young and old, men and women, and children too. It is a task for giants, but there lies a giant in all of us.

Therefore, I say to you my fellow Belizeans … arise, ye people of the soil. Stand ever valiant and bold, proud and strong as we unite for Belize and forward the progress of this fair and beautiful land as we rebound at 41! 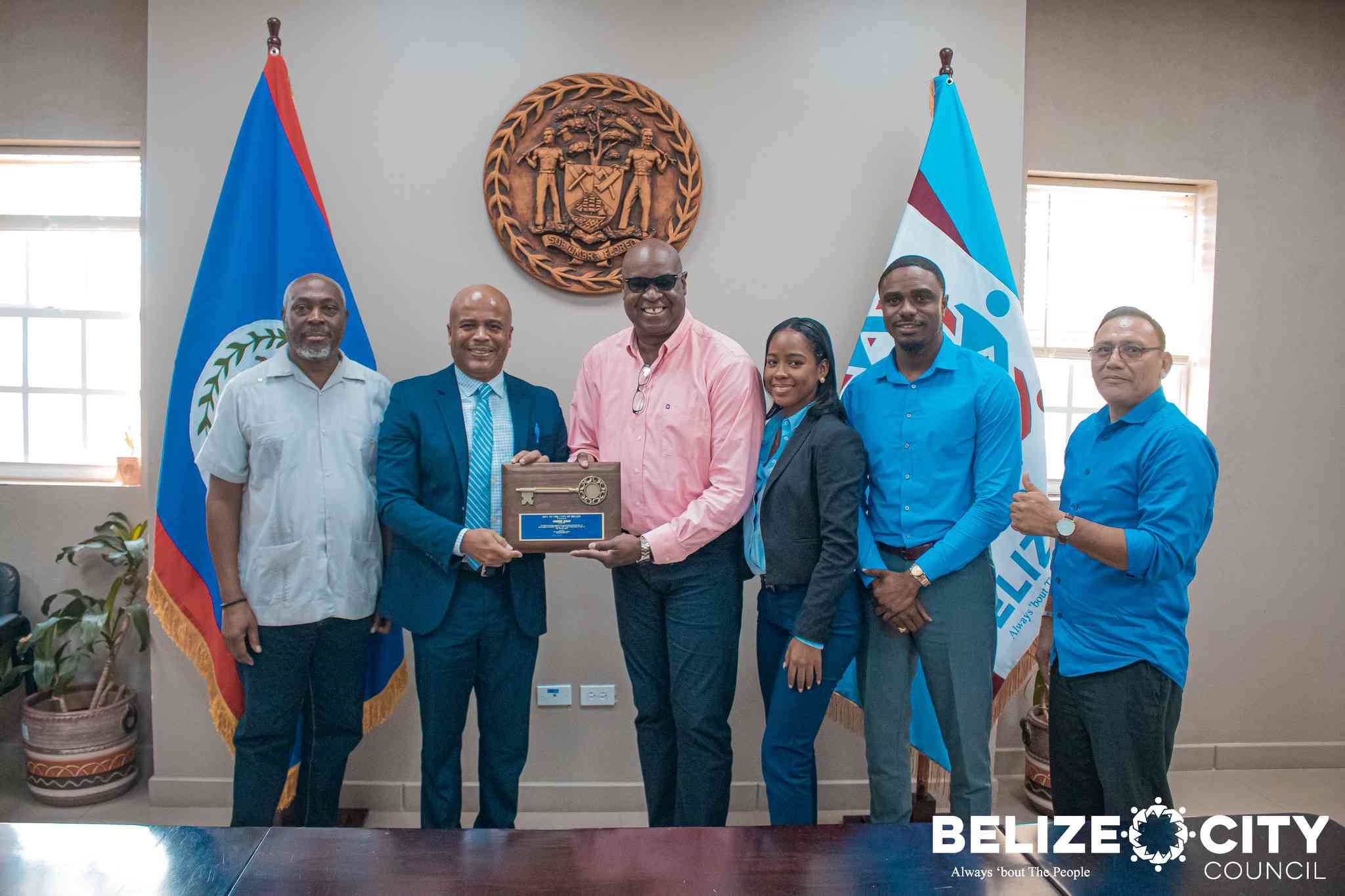 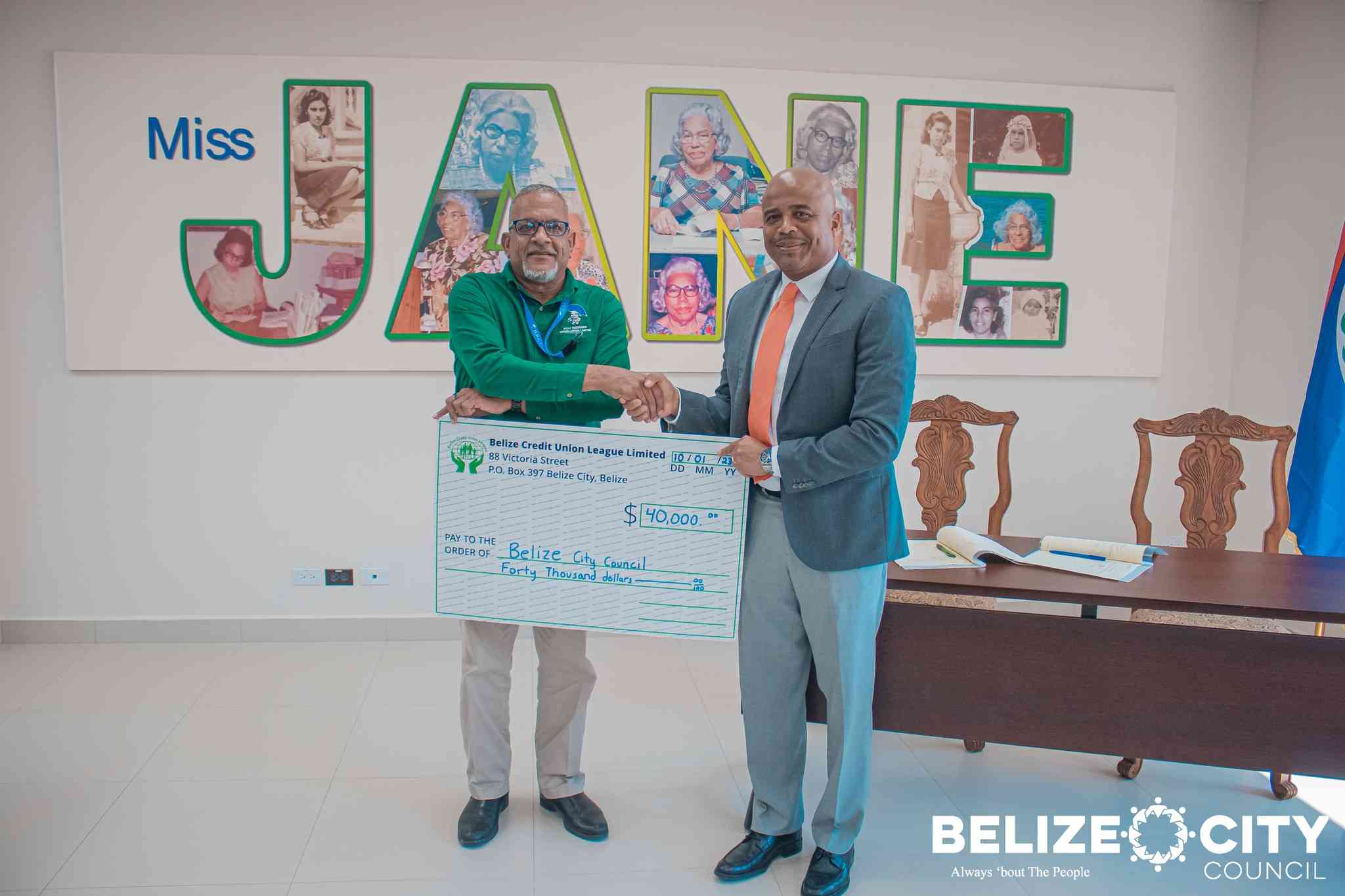 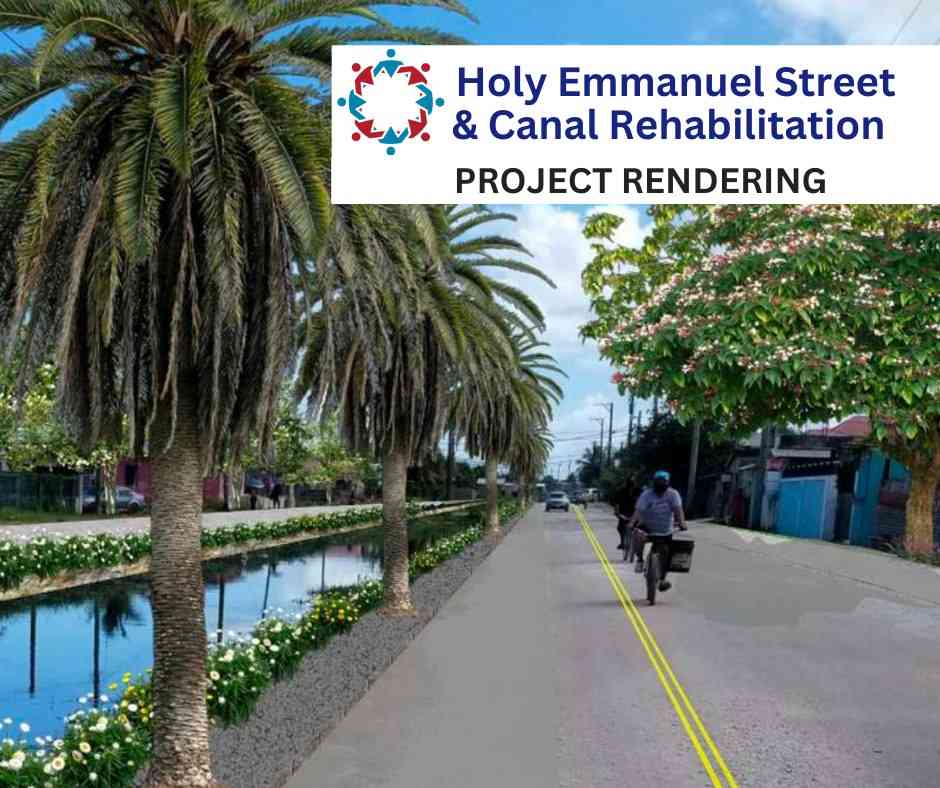 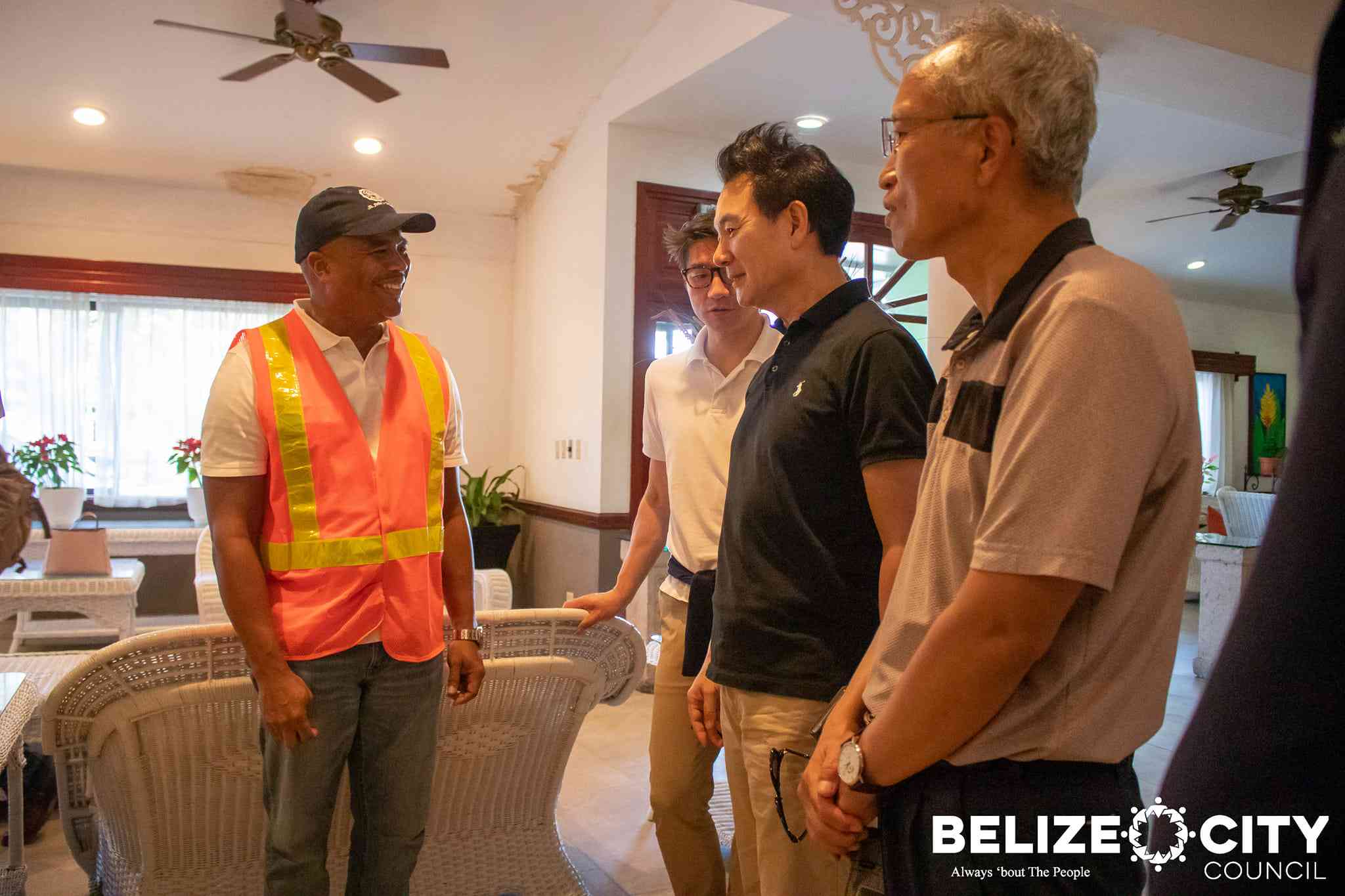 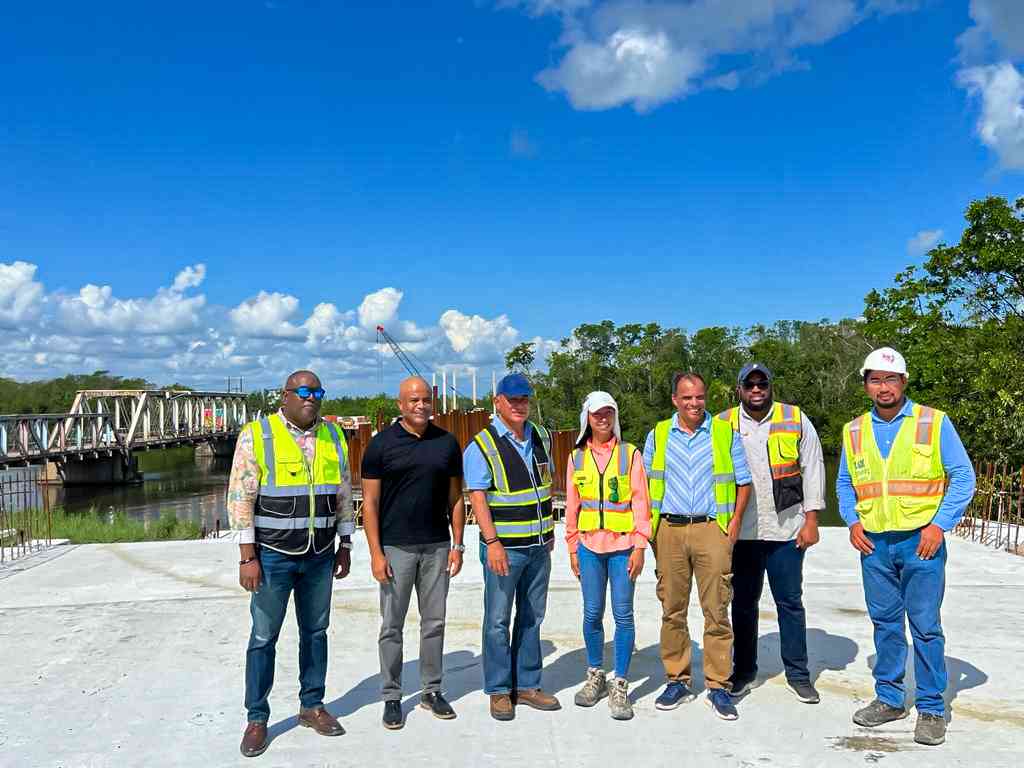